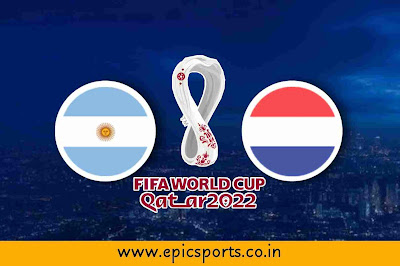 Netherlands | WWWDWW 📈
Netherlands, who won their previous game, will hope for a similar result following the 3-1 WC22 success vs United States.
In that match, Netherlands managed 42% possession and 11 attempts at goal with 6 on target. For Netherlands, the goalscorers were Memphis Depay (10'), Daley Blind (45') and Denzel Dumfries (81'). For their opponents, United States had 17 shots on goal with 8 of them on target. Haji Wright (76') scored for United States.
Under three goals per game were recorded in 5 of the last 6 fixtures where Netherlands have been involved. With regard to the goal attribution from this period, their opponents scored a total of 2 and Netherlands managed the sum of 11.
Argentina | WWLWWW 📈
Argentina will come into the clash following on from a 2-1 WC22 win versus Australia in their most recent game.
In that match, Argentina managed 61% possession and 14 attempts at goal with 5 of them on target. For Argentina, the scorers were Lionel Messi (35'), Julián Álvarez (57') and Enzo Fernández (77' Own goal). At the other end, Australia got 5 attempts at goal with 1 on target.
Over the course of their previous half-dozen clashes, Argentina have bagged the sum of 15 goals. Argentina have also managed to score on each one of those occasions. During that period, they’ve seen 3 goals go into their own net. Previous results aside, we must now wait to see if that trend shall be replicated in this game.
#KR | #EPICSPORTS